The erik (a small, green, tart Turkish plum) are in bloom again…it’s that time of year. But this year their arrival is bittersweet. I feel like Katharine Hepburn’s character in Stage Door. “Now I place them here in memory of some[one] who has died…I’ve learned something about love that I never knew before…help should come to people when they need it…” And, thanks to my father-in-law, Oktay Ergunay, who for years until his retirement served as the Turkish government Director of Disaster Affairs and also the General Director of Turkish Red Crescent, help came to countless who suffered under the rubble and rebuild of earthquakes, who were left homeless from floods and landslides and every sort of natural disaster in Turkey, and who suffered neighboring regimes and migrated to Turkey with nothing but the clothes on their backs, children in their arms, and the hope of a better life. Baba devoted his life to loving and serving people through his scholarly earthquake engineering research and teaching, his smart and strategic disaster management, and his huge heart – steadfast in his insistence that every life is worth living, every life is worth saving.

And my father-in-law had a thing for green fruit – kiwi, green apples, and these tart little green plums. This spring, quite unexpectedly, he left this world, much to the devastation of my husband, my mother-in-law, my brother-in-law, our uncle, aunt, cousin, and all the family, friends, and colleagues who dearly loved him. And he left me with an entire climate-controlled refrigerator fruit drawer of erik that had been awaiting his summertime arrival.

I miss him terribly – his voice, his humor, his fatherly reassurance, the boundless love he had for his granddaughter – and start crying (again) when I see these things sitting in my fridge. And here’s the irony: I’m not exactly nuts about these plums. So what do you do when life tosses you erik? Maybe…erik salatasi? This will be the first of hopefully a handful of creative culinary #erikendeavors to help me keep my chin up. Will let you know when I come up with more… 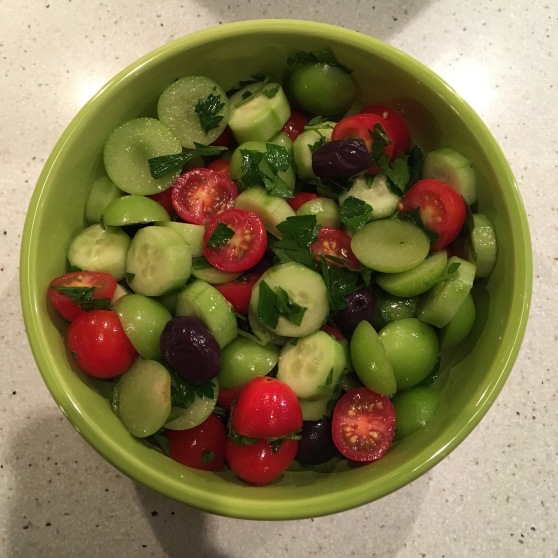 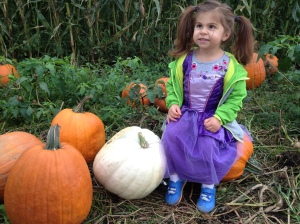 Halloween is one of my favorite times of the year because it’s the season of the pumpkin.  I love carving jack-o-lanterns, toasting pumpkin seeds, making (and eating) pumpkin pie, and smothering my face in a yummy, tingly pumpkin mask (does anyone remember The Great Pumpkin Mask that Sephora made some years ago?  Heaven in a jar…).

Some years ago, my mother-in-law gave me yet another reason to delight in the season with a recipe for kabak tatlIsI, a Turkish pumpkin sweet.  It’s easy – and its sweetness can be easily tailored to your own taste.

Here’s hoping the Great Kabak TatlIsI makes it to your pumpkin patch this year!

My own mother likes to add a dollop of whipped cream before the nuts…and since it’s a holiday, anything goes!

In May of 2006, my in-laws took us on a road trip from Ankara to the Aegean.  The morning of departure was beautiful – warm, cloudless, dry…and far away from the realities of my infertility waiting for me back home in New York.

My brother-in-law bid us farewell and hurled the contents of his Hacettepe University water bottle at the car as we were leaving. It’s customary in Turkey to splash water on a car embarking on a trip to wish a speedy return, like the ebb and flow of a tide. And while typical to use a bucket – an instance in which more is better, or, at least more accurate to this example – his choice of vessel demonstrated his modernized, waste-not urban take on the tradition.

For the first couple of hours, the car window framed a rocky, semi-arid Anatolian terrain. On the stereo, Turkish/Arab hip-hop belly-dancing from an old cassette tape blasted over the soft roar from the open windows. “These are Tolga’s favorites,” his father shared with an inaccurate paternal pride.  The conversation then segued into why my husband wouldn’t shave his beard, why wouldn’t we consider buying a summer place in Turkey to be closer to the family who, of course, weren’t getting any younger (insert whatever medical test results his parents received the week before…), and then shifted to a bride – any bride – for Tolga’s happily-single younger brother. A few minutes later, a small herd of sheep waddled across the road, and Anne (mother) began poking Baba (father) to slow down.  “Yavas, Oktay! YAAAAHVAAAHSH!!!” (slow, Oktay, slow)  My father-in-law, who was already exceedingly cautious and uncomfortable behind the wheel, having had a government chauffeur for most of his working days, and, otherwise, a car without power steering, narrowly escaped a ditch on the side of the road.

We stopped to refuel – a couple of ounces of Turkish tea. Blazing sun cast an amber glow through prismed Turkish tea glasses nestled in small gold-painted porcelain plates, and warm proprietors served us in the traditional hospitality for which this country is known. Smiles beckoning us to linger, they offered pieces of sweet lokum, or Turkish delights, made with carrot and coconut, as a welcome gesture for the family with the touring American, who, glancing at her watch and counting the New York minutes, seemed to not quite grasp the concept of vacation. A quick stretch at a Garden State Parkway rest-stop with a Starbucks latte seemed to me a more suitable way to layover and not lose time…but it was early in the vacation, and I hadn’t yet understood that I wasn’t losing anything at all.

Almost to Marmaris, in a daring gesture that tried my road-trip-patience, my husband detoured to Aphrodisias, an archaeological site southeast of Izmir, which was not on our prescribed agenda and would take us at least two hours out of our way. He grinned at me and turned off the main road toward the ancient city. 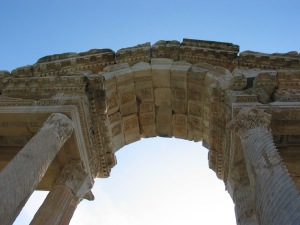 Baba, assuming his position as appointed tour guide and master of Turkish history, art, and architecture (and making up whatever he couldn’t conjure from memory…), shared details in his broken English about the site and its significance.  But his voice faded into the background as we came upon a towering structure – a tetrapylon, a magnificent gateway into the ancient town in front of the Temple of Aphrodite.  Evidently, it survived multiple earthquakes, including ones from the 4th century and the 7th century. The stone archway, stationary and steadfast, seemed also alive in a magnificent, upward stretch. On the ground, tiny purple flowers burst through the stone cracks of amazingly preserved intricate etchings, juxtaposing possibility amidst the harshest of conditions. This was going to be my sign. And I’m not about signs or fated moments. I’m pragmatic, task-oriented, even slightly cynical in deep-down places. But this was going to be the symbol of something transformative, something that is created, regardless of situation or environment or innate ability. And Aphrodite was going to be my patron goddess of fertility. 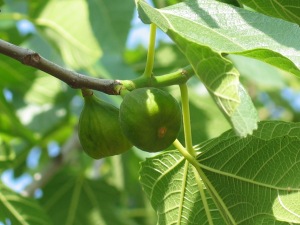 Anne found a place to sit under a large, green fig tree – larger than any I’d ever seen. Figs have always had a special place in my family. My mother’s family have shoots of a fig tree that came from my grandmother, who transported it down to the Jersey Shore from the Bronx, and before that, from Brooklyn (ostensibly, it may have come over from Italy during one of my great-grandfather’s many travels across the Atlantic, but, for lack of confirmation, we leave it as having originated in Brooklyn…). Fruits from the tree’s descendants are enjoyed by my family every September, so it was unusual to be in a place where they were ripening in May. The fig – in its abstract a symbol of fertility, and in its familiar a personal harvest ritual – was rolling around in my mind as I stroked the soft, furry leaf within reach. Aphrodite, a tremendous force for change, was beckoning me to inhale the air, drink in the soil and surroundings, and move beyond the fears and frustrations and evidence-based in-vitro success rates under which I’d been trapped for months.

At the time, I still didn’t know if I’d ever be able to have a baby, but in that moment, intoxicated by some semblance of a Dionysian and ancestral sensory overload, I felt myself surrendering…giving up a tight grip on how my life was going to unfold. Can figs and ancient temples do all that?  Well, I find that surrendering is helped along in no small part by something called incir tatLIsI (fig sweet or dessert)…and a ton of whipped cream… 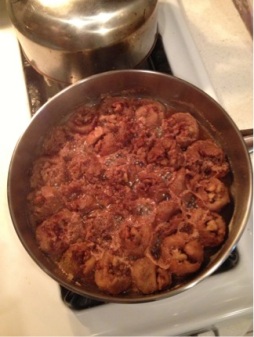